Most beautiful cities in world 2021 | Fooditraveler

There is no shortage of beautiful cities in the world. They can be found on every continent and in almost every country. But which are the most beautiful? And which ones should you visit?

There is a lot to love about every city in the world, but what makes it onto our list of the world’s most beautiful cities might surprise you.

Rome was chosen the most beautiful city in the world by you, and you guys ranked it number one. To be honest, we’re not shocked by Rome’s ancient architecture, magnificent piazzas, and world-class art, not to forget the Vatican. It’s no secret that Rome is the capital of the “beautiful country”.

Architect Antoni Gaud is indispensable when it comes to discussing Barcelona. On a stroll through the streets of Barcelona, you’ll come across his undulating stonework and ironwork, which includes Park Güell and his unfinished masterwork La Sagrada Familia. Not everything is about bright mosaics, though. As far as attractions go, sunny Barcelona has it all: Mountains to the sea, history to the present.

Planning to visit Spain? Check out some of the best places to visit in Spain for first-timers.

Paris has a wonderful atmosphere that is unsurpassed. Visitors from all over the world flock to the city to see its renowned architectural wonder. There’s more. A vacation to Paris would be completed without a stroll through the city’s cobbled streets and manicured gardens. Shoppers will find this place a paradise as well. And, of course, the cuisine is a huge draw. It is the most popular and romantic location since there is so much to see and do. Why don’t you join us in adding Paris to your list of the world’s most beautiful cities?

Charleston, located on South Carolina’s Atlantic coast, is a magnet for both its citizens and the many tourists that flock to this brilliant colonial city every year. Contrary to popular belief, with the boulevards of The Battery (a road filled with grandly lovely homes) and the Bermudian limestone and cobblestones of Chalmers Street. The city was formed in 1670 and is far from an antiquated remnant of the past. You will find buzzing pubs, award-winning southern food, world-class distilleries, and beautiful hotels in this cosmopolitan city.

As one of the most magnificent cities ever created, London boasts extensive open areas, imposing gothic parliament buildings, and probably the world’s most renowned house, Buckingham Palace. If you’re searching for beauty in the grittier east, check out Columbia Road Flower Market or Greenwich Park, where you can see Canary Wharf buildings on the other side of the Thames. You have a wide variety of attractions to pick from, so don’t waste your time waiting in line. Instead, purchase some skip-the-line tickets in advance. Learn more about the city of London.

Many people in London and New York have grown up with the impression that cities are places of spreading growth where nature may appear quite far removed from the urban landscape.

However, in Cape Town, the great outdoors are a fundamental part of daily life in this vibrant, dynamic city, framed by the majestic majesty of Table Mountain and its penguin-filled beaches.

Cape Town is one of the most spectacular and fascinating cities in the world, from the lush Kirstenbosch sculpture garden to the electric nightlife along the V&A Waterfront. After being selected as a World Design Capital in 2014 it has shown to be a perfect combination of natural beauty and human imagination.

Udaipur, often known as ‘the Venice of the East or ‘the City of Lakes,’ is a lovely location in India, not to be missed.

In Udaipur, travelers may marvel at palace grandeur, take in the calm natural beauty, and shop in the vibrant bazaars, among many other things to do. There are several popular attractions in Udaipur including the City Palace, Lake Palace, and Jagdish Temple, as well as Fateh Sagar Lake, Lake Pichola, and Rajsamand Lake Sajjangarh Palace, and the Vintage Car Museum.

Looking for a trip for seeing the royal side of India? Check out must visit places in Udaipur.

Kyoto looks to be stuck in time. A kimono-clad metropolis, Japan’s historic capital combines the beauty of an old city with the convenience of a new one.

For this reason, its architecture and traditions have remained mostly intact despite being one of just a handful of Japanese cities not destroyed during the Second World War.

Known as the cultural capital of Japan for centuries and flanked by majestic mountains that are conveniently accessible, there’s so much to be impressed within this city. The best traditional temples may be found on the east side of the city.

Over 1,600 Buddhist temples, 400 Shinto shrines, historic imperial mansions, movie producers and over 200 parks that are regarded the most attractive in the country owing to their diversity of flora can be found here. Because his institution is also one of the most prestigious in the country, he has access to a wealth of resources.

Japan is a country filled with surprises in itself. Best places to visit in Japan which are magical

The City of A Thousand Spires, as Prague is known, is a fitting description. In any case, you’ll be able to see a lot of spires.

The possibilities are endless. As far as sightseeing is concerned, there is no end to the number of things to visit. Unquestionably the most beautiful city in the world, Prague is a work of art in terms of architecture. The city’s wonderful views and activities will make you want to come back again and again.

Prague, is a city with a hedonistic party culture by night and charming cobblestone alleys by day. Spend a day appreciating the vista from the Charles Bridge, which spans the Vltava River.

When it comes to beauty, San Francisco has it all. It has an exquisite blend of arts, history, entertainment, and nature. There are many things to do in the city of slopes, including cable cars, bridges, gardens, and beaches. As the gem of Northern California, San Francisco’s splendor and culture are bound to entice you.

California’s cultural, commercial, and financial capital, San Francisco, is a hive of activity. Just one city, New York, is busier. As a result of the Californian Gold Rush in 1849, San Francisco became the biggest metropolis on the West Coast.

As a result, some of the country’s best chefs are fortunate enough to live in the city, which is renowned for its restaurants.

In Russia, the waterways and much more than 300 bridges make it the “Venice of the North,” and the opulent mansions bequeathed from the Tsar’s Empire are lavishly decorated. St. Petersburg is one of the most attractive cities in the world because of its architecture. That’s not everything.

Russia’s historic capital is an accessible museum that is buried by snow during the winter months. All of its churches and castles are ablaze with vibrant colors that stand on their own.

A cultural hotspot, Amsterdam is the place to be if you’re looking for it. Van Gogh drew inspiration from the city’s picturesque alleys, canals, and Hanseatic streets.

The Netherlands’ most important cultural center. There are numerous well-preserved historic residences, renowned museums, entertainment venues, and theatres to see when you come here.

The list goes on and on. It’s impossible to count the number of canals in Amsterdam. As a result, it has earned the title of “Venice of the North” and is one of the world’s most beautiful cities.

An important European trading center during its Golden Age in the 17th century, Amsterdam is a treasure trove of golden canal-side houses, ornate facades, and intricately designed churches that will take your breath away. In addition to its beautiful, historic canal homes and hotels, the city has enough to offer those who prefer a more contemporary aesthetic.

Rome may be Italy’s most historic city, but Florence is Italy’s most beautiful city. There are several piazzas and cathedrals throughout the cobblestone streets of Florence, and the cathedral’s skyline is a must-see. Not to be missed! Not to mention Michelangelo’s David, poised under an elaborately constructed entrance to heaven itself, fill the museums and galleries to the brim with some of the most magnificent and timeless works of art from throughout the world.

Florence’s cityscape is dominated by the cathedral dome, one of the town’s numerous attractions. Florence’s features include the Arno River, the Piazza Della Signoria, and the stunning cathedral of San Miniato al Monte.

Carnivals and vibrant cultural life come to mind when we talk about Brazil. As well as both, Rio De Janeiro has a lot more to offer. Rio de Janeiro’s coastline setting and famed Copacabana beach may be an attraction, or perhaps the massive Art Deco monument of Christ the Redeemer on Corcovado Mountain would do the trick.

One of Brazil’s most popular locations, Rio de Janeiro is nestled between magnificent mountains and the enormous sea. As you explore the city, you’ll be mesmerized by a combination of natural beauties, world-famous beaches, and gigantic sculptures. The city’s renowned landmarks and breathtaking beauty make it one of the world’s top 10 most beautiful cities.

During December and March, the weather is mild enough to enjoy the beaches. To attend the Carnival, February is the best month to do it.

Which city is most beautiful in world? 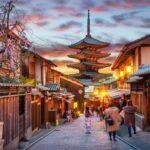 What is the most beautiful city in the world 2022? 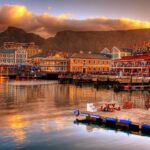 Which is the No 1 city in the world? 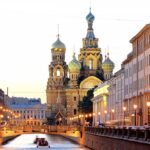 1. London. For the sixth year in a straight, London has topped the list of the world’s most beautiful cities, despite being engulfed in an impenetrable pandemic muck. London continues to reign supreme among the world’s great cities as the “capital of capitals” navigates the undiscovered, dangerous terrain of a post-Brexit future. On the other hand, its position at the top has never been more fragile.